The Leonardo Hotel Munich City East was opened in February 2017 in Neuperlach as the tenth location of Leonardo Hotels in Munich. Ideal standard products - from the washbasin to the fittings and rain shower to the accessories - reflect a bathroom design that does not just follow the hotel motto of "feeling good", it blends seamlessly into the interior design, where customised accents distinguish the Leonardo East from other Leonardo locations in Munich. The special charisma of the rooms with the open bathroom design is a feature of the building's up-scale amenities.

Customisable ambience in a unique location

Like all Leonardo hotels in Munich, the Leonardo Hotel Munich City East also has an ambience personalised to match the special features of its location and the resulting audience. Operations Manager Kevin Kasper explains that this is where proximity to the convention centre and large adjacent industrial companies come into play. That is why Leonardo East's core business is aimed at international business travellers and guests from the surrounding companies. The nearby underground and suburban railway stops make the Leonardo East a starting point for city travellers. The six-storey hotel has 216 rooms. This includes 211 comfort rooms and two deluxe rooms, as well as a presidential suite and a junior suite, hotel bar, restaurant, fitness area and terrace, as well as four ground floor meeting rooms with capacity for up to 200 guests.
The interior design is the work of renowned hotel interior designer Andreas Neudahm, who is also responsible for the look of other Leonardo locations. The challenge is to give the Leonardo buildings recognition value with a typical style, but at the same time provide customised accents for the individual properties. One of the outstanding common features of the Leonardo Hotels is the open lobby concept developed by Neudahm: The lobby merges seamlessly into the bar and restaurant. "In this ambience, the guest can move freely and feel welcome and familiar from the start. This feeling is also reinforced by the atrium in the restaurant, which provides extraordinary lighting accents," explains Neudahm.

Bespoke accents include specially designed furniture, colour concept and visual motifs. "With our concept of art, we convey a bit to the guest about where they have arrived. For example, collages in the corridors depict a theme of respective location references for the respective hotel.

Role of the bathroom in the hotel design

The size and decor of the rooms are among the features that make the Leonardo East comparable to a 4-star hotel. The integration of the bathroom into the overall impression is also an important factor: "Experience has shown that today's guest spends almost as much time in the bathroom as in the living area," reports operations manager Kasper. An indication that the importance of the bathroom in the overall concept of hotel rooms is generally changing is also confirmed by Andreas Neudahm: "The room is not just the bedroom any more. Nowadays, the room can only be sold based on the bed, the bathroom and the public areas such as ones with an open lobby concept. The bathroom becomes a kind of wellness oasis, in which formal amenities such as tropical showers instead of conventional bath tubs play a role in its attractiveness, in addition to colour and lighting design".

This is why the bathroom at the Leonardo East is showcased with a generous room layout. It opens to the sleeping area with a sliding door. It becomes a daylight flooded, communicative experience destination - a "public space". The same product selection is used for the bathroom equipment as in the other Munich Leonardo Hotels. "All hotels are carefully equipped with the best hardware. At the Leonardo hotels, I chose Ideal Standard because of its extensive product selection and reliable service network. I always find something that satisfies our requirements in terms of aesthetics and budget for the respective interior design," says Neudahm.

The details of the selection included following products: Toilet brush holder, towel hook, toilet paper roll holder and corner soap basket from the IOM accessories series. The Strada series is particularly well suited for designer hotels and bathroom solutions which select customised accents, as is the case here. In the shower, the Idealrain shower system combines comfort and elegance with the efficiency and safety of Ceratherm thermostats. These include scalding protection for potential cold water failure and an eco-stop function to reduce water consumption by up to 50 percent. Thanks to three adjustable spray modes, Idealrain offers the luxurious experience of a warm summer rain, the relaxation of a downpour, or the power of a massage jet.

All in all, the Leonardo Hotel Munich City East's bathroom fittings are an example of how universally Ideal Standard products fit into different interior design concepts that reveal the individual character of a hotel.
Case Studies

We work with schools to create clean, safe washrooms that help children feel valued and support their development. 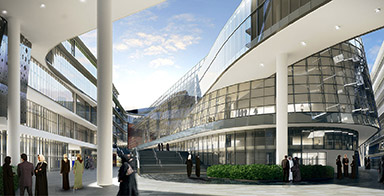 Our fittings and sanitary-ware raise hygiene levels where it matters the most. With the right products, you can save lives and preserve vital funds. 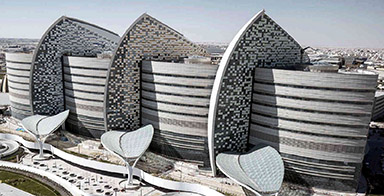 Exceed guest expectations at every turn with our stunning bathroom fittings – the perfect balance of luxury aesthetics and innovative function. 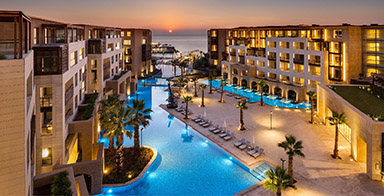 Send the right message to your staff with private, calm and hygienic washrooms. Our products also improve water economy and make cleaning easier.

Add value to your project with bathrooms designed to communicate personal style and personality. Choose from a selection of products and fittings made to mix and match. 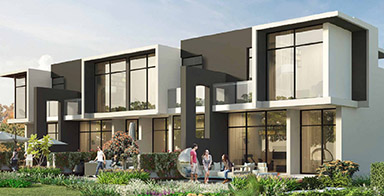 To give you the best and most relevant user experience on our website, we are using cookies for functional, comfort and statistical purposes. By clicking on the accept button you accept the cookies.

You can change your preferences by visiting the cookie settings page.